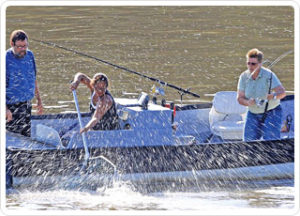 The Rural Municipality of St. Clements is one of the fastest growing municipalities in Manitoba. The municipality’s western boundary runs along the Red River and Lake Winnipeg – from south of Lockport, then northward to Grand Beach Provincial Park. Eastward, the boundary is irregular and sits adjacent to the municipalities of Alexander, Lac du Bonnet, Brokenhead, and Springfield.

Within the municipality the terrain is diverse: from rolling plains, to rich forest and marshland, to pristine beaches. The municipality is home to an ecological preserve and provincial parks, both rich in beautiful and varied landscapes.

The municipality is known for its many parks and beach communities, making the R.M. of St. Clements “the place to be” for year-round relaxation and recreation. Activities abound in every season: swimming and boating in the summer; fishing, hunting and hiking in the spring and fall; snowmobiling and skiing in the winter. Sitting at the northern edge of the municipality is Grand Beach Provincial Park on Lake Winnipeg – Manitoba’s most popular tourist destination on the province’s largest lake.

The East Selkirk Recreation Centre is located at the corner of Highways #59 and #212. This location is bustling with activities year round, with hockey and ringette in the fall and winter, and baseball and soccer in the spring and summer. The arena has a seating capacity of 300 and is available for rental throughout the year. Hall rentals are also available in the spring and summer. Visit their website.

The village also houses a post office, a gas station, and an eating establishment.

The municipality celebrated its 125th anniversary in 2009 and to mark the occasion decided to develop a recreational area known as Legacy Park. The RM joined forces with the East Selkirk Recreation Association (ESRA) and constructed new soccer fields, baseball diamonds and walking trails on land surrounding the ESRA, including landscaping and a canteen with washrooms.

Grand Marais is a continuously growing community 58.9 kilometers north of East Selkirk. This sleepy little town comes alive in the summer when thousands of visitors head to Grand Beach Provincial Park, one of Manitoba’s most popular tourist locations – with always expanding recreational activities, restaurants and accommodations.

Grand Marais is the most exciting “place to be” in the summer. The entire town is buzzing with activity. There are many eating establishments, as well as a place to buy groceries, fill up with gas, or stay the night. Community hub Grand Marais Community Central features an award winning heritage wing, a Travel Manitoba information centre, an RV park, playground, picnic tables and connections to trails.

The name “Grand Marais” is French for “Big Marsh”, named by the son of the famous explorer La Vérendrye in 1734. Grand Beach is located on the northern edge of the town.

Libau is the smallest of the villages in the municipality and is situated near the Mars Hill Wildlife Management Area, where you can find a natural area of mixed bog and parkland, wildflower species and wildlife. Libau was named after the port of Liepaja, in Latvia, so named by Latvian and German immigrants who settled in the area in the late 1800’s.

As you drive through the town of Lockport, you can’t help but notice the number of take‑out stands in the area, all very popular spots enticing regular visitors to the area. But Lockport has so much more!

Named after the St. Andrews Lock and Dam, which allows navigation from the Red River to Lake Winnipeg, Lockport is a beautiful place to visit, particularly along the river. It is a well-known fishing spot – very popular among avid fishers – and is “the place to be” as soon as the icy waters of the Red River melt each spring.