The Province of Manitoba has declares the last full week of April as Invasive Species Awareness Week (C.C.S.M. c. I97).  The Manitoba Weed Supervisors Association (MWSA) recognizes this week by highlighting just a few of the invasive plants considered to be a significant threat to the landscape of our province. Many of these invasive species are mistaken for wildflowers, but unlike native wildflowers, these species threaten agricultural productivity of both cultivated and non-cultivated land, as well as waterways and natural areas.

The Noxious Weeds Act of Manitoba (NWA) requires control or destruction measures for different invasive plants. A comprehensive listing of noxious weeds is found in The Noxious Weeds Regulation, which contains schedules that rank plants according to their threat levels and specifies the areas of the province to which these levels apply. The Act requires that Tier 1 weeds, must be eradicated without conditions. Examples of Tier 1 weeds that are currently negatively affecting Manitoba’s ecosystems are diffuse and spotted knapweed, orange hawkweed, red bartsia and tall waterhemp. Tier 2 weeds are also a significant concern, and include leafy spurge, common tansy, field scabious, and nodding thistle.

The MWSA is comprised of and represents Weed Supervisors who are individually employed by Weed Control Districts formed by one or more Municipalities. Weed Supervisors are authorized through The Noxious Weeds Act of Manitoba (NWA) to ensure problematic weeds are dealt with appropriately on all lands in the districts they cover. Weed Control Districts, first started in 1964, have developed programs to deal with invasive plants such as leafy spurge and red bartsia.  Prevention measures, early detection and rapid response by Weed Supervisors are critical for saving habitats from these types of invasive species.

More information on Invasive plants either threatening or already present in Manitoba can be found in The Noxious Weeds Act (C.C.S.M. c. N110) and the Noxious Weeds Regulation (Man.Reg.42/17), by contacting your local Weed District or at the MWSA website.

Red Bartsia is a forage and pasture invader that was accidentally introduced to the Gimli area in the 1950’s. Red Bartsia is not a tall plant, reaching heights of just 15-30 centimeters, so it is a challenge to detect. The main identifier is the attractive reddish-purple spike-like clusters of flowers that form in late spring on the top half of the stem (see Picture 1). The leaves are small (about an inch long), narrow, and clasp the stem in pairs, and both the stem and leaves are hairy. One Red Bartsia plant produces 1400 seeds a year, which stick to clothing, fur, and vehicles enabling them to travel long distances. Red Bartsia outcompetes native vegetation, forming large patches of red in hayfields, pastures and roadsides and is a serious economic concern (Picture 2).

The economic impact of the Red Bartsia introduction in Gimli has been a key concern for the Interlake Weed Control District (formed in 1967). While control measures were undertaken in the late ‘60s, a truly effective program was not initiated until 1999.  By that time Red Bartsia had infested much of the Interlake region.  The weed is being controlled on the area’s roadsides, but the cost is significant.  In the 2019 season, a total of $181,370.85 was spent controlling the weed on the district’s rights-of-way.  With the district’s total known Red Bartsia infestation at 1,692.65 miles (one side), extensive seed reserves in the soil, and seed viability in the nine year range, there is no easy, quick fix for this problem. Red bartsia has recently been detected in three new municipalities, which is alarming. It is imperative that all areas incorporate careful monitoring and aggressive control measures to prevent further outbreaks. As with any invader, the best control is to prevent its initial introduction. 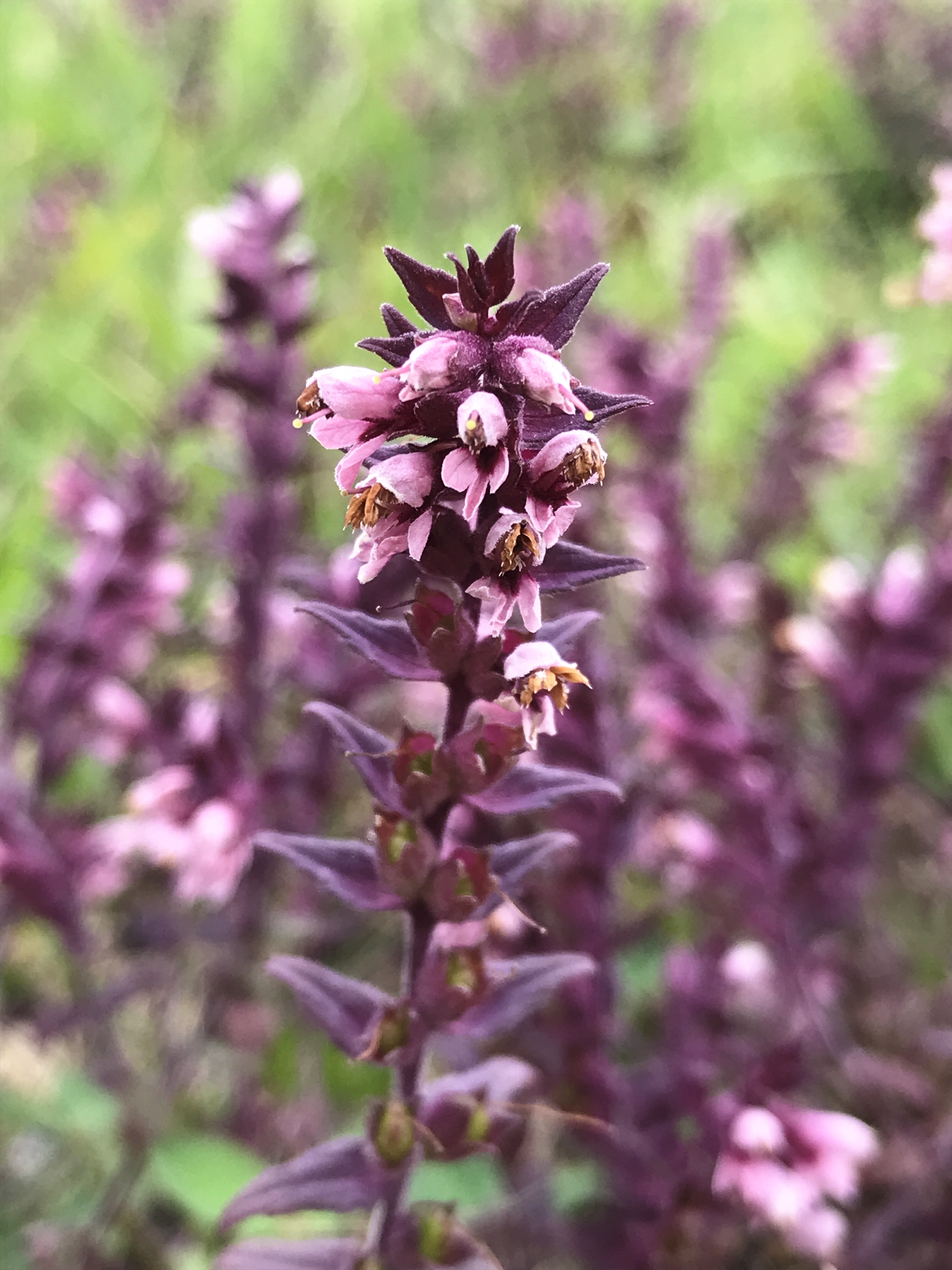 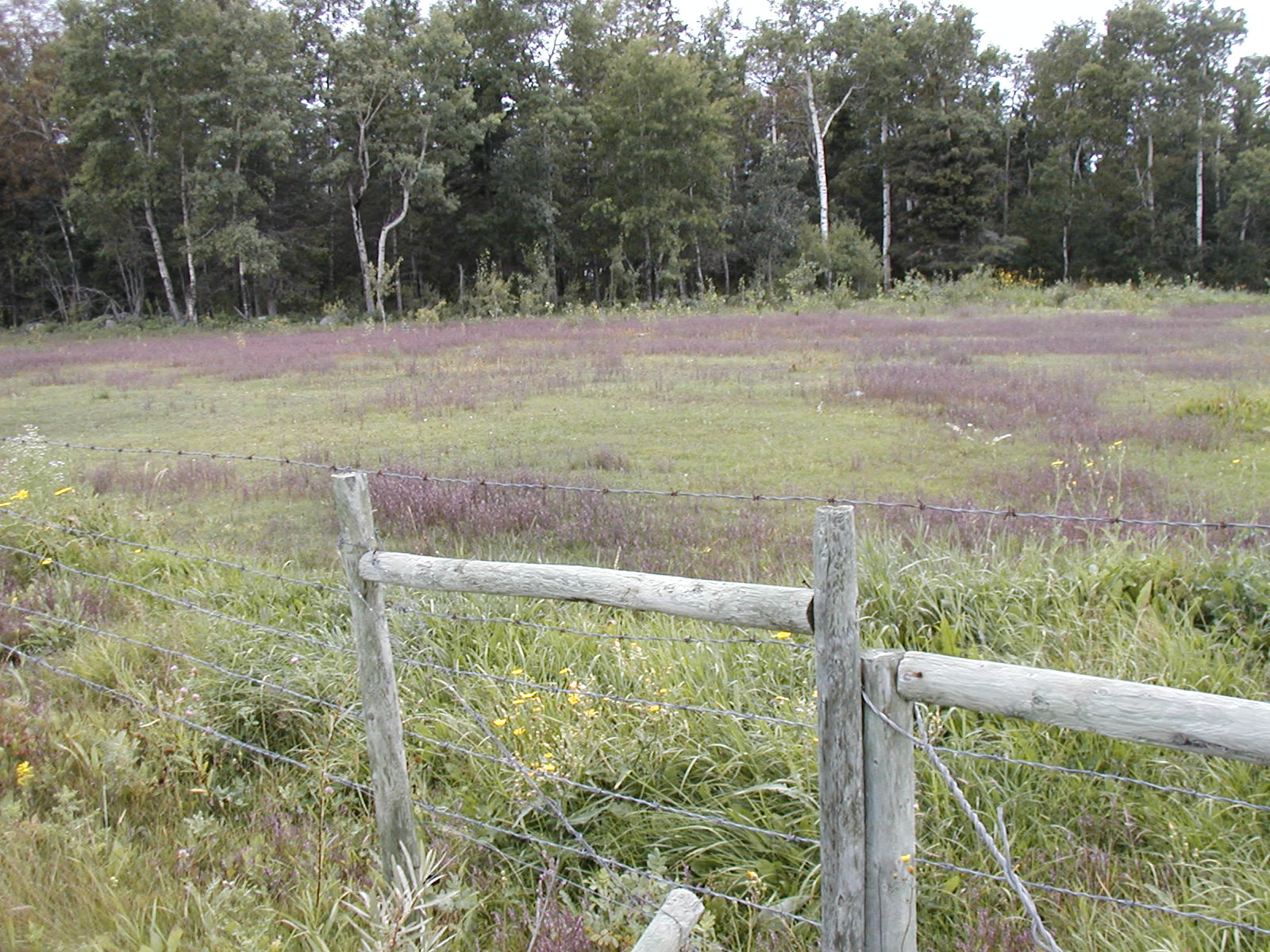 This member of the pigweed family can rapidly establish patches and seriously decrease the yield of crops. The plant typically grows to 5 or 6 feet tall, with glossy, hairless and more elongated leaves (lanceolate) compared to redroot or smooth pigweed.  Waterhemp is well-adapted to warm growing temperatures and intense sunlight, and is capable of producing up to a million seeds per plant that tend to germinate throughout the summer (Picture 1 – August 2019).  Waterhemp is native to the U.S. but was not considered a major agronomic problem until the 1980’s when herbicide resistance and changing production systems that included more corn and soybean favored the “weediness” of this plant.

While this weed was a feature weed last year, the fact that in 2019, five municipalities in Manitoba have had new detections of waterhemp made it a feature weed again this year. The native habitat of waterhemp is wet, low-lying areas, but it is quite at home in reduced tillage and no-till environments. Watch for patches to pop up along field edges or near the field entrance. Waterhemp has very tiny seed, (similar to red root pigweed seed), so it is easily transported in equipment, with water and by wildlife. Removing small patches of waterhemp prior to seed set, and destroying the plants, is one of the most effective strategies to eradicate this weed (Picture 2).

There are tons of poisonous plants all over the municipality as they are naturalized to this area and love the wet weather. Follow the guidelines below to ensure safe handling of these plants as they can cause uncomfortable symptoms if they come in contact with skin.

If the plants show up in public recreation areas or trails (where people can accidently run into them while walking or playing), please contact the Selkirk Weed Board at 204-785-3638 or St. Clements Public Works staff at 204-482-3300 so they can be removed.

The Weed Board and PW staff cannot remove these plants from ditches, marshes or other private property that are not meant for public access. In this instance, residents can remove the plants themselves by covering all exposed skin, cutting the plant down, placing it in a plastic bag and disposing of it at the landfill. Poisonous plants should never be burned or composted. Tools and clothing used should be cleaned after coming in contact with any poisonous plants.

The following plants have been seen around the RM:

Western Water Hemlock – Poisonous to humans and animals if ingested, noxious weed, grows in wet areas. Hemlock should be removed from any areas animals may try and eat them (livestock pasture and hay fields).

Cow Parsnip – The sap in stems and leaves can cause severe rash and burns on exposed skin (reacts with sunlight), a native plant, it grows 5-8 ft tall in disturbed and wet areas. Often mistaken for Giant Hogweed, but it’s not as tall.

Wild Parsnip – The sap in stems and leaves can cause severe rash and burns on exposed skin (reacts with sunlight), prefers to grow in disturbed areas such as roadsides, ditches and fallow fields.

We’d like to caution residents when it comes to these plants and provide a general rule of thumb – avoid touching plants if you are not familiar with them!

Here are some tips from Ontario’s Invasive Species website for identifying and removing wild parsnip.