The Municipal Act states that general municipal elections must be held every four years on the fourth Wednesday in October. 2022 is an election year and Wednesday, October 26 is election day for the RM of St. Clements.

The RM has seven elected positions: one mayor and six councillors. There are three councillors in each ward. This group is known as council. The mayor is chair of council and represents the entire RM.

You can find answers to most of your election FAQs at the province’s municipal election website.

You are eligible to vote in the RM of St. Clements if either of the following apply:

There are two types of voters that are qualified to vote in a municipal election and a Local Urban District committee election.

Resident Voters: In order to qualify as a resident voter, a person must be:

Persons with no fixed address may vote in a municipal election. If the person has no ordinary or “fixed” residence in the local authority, they are deemed to reside at the shelter, hostel or other similar institution that most frequently provides lodging, food or other social services.

Non-resident Voters: In order to qualify as a non-resident voter, a person must be:

If there are more than two non-resident property owners for a single property, a maximum of two can vote in a municipal election. In order to vote, each voter must obtain written consent from the majority of the registered property owners, and file this with the Senior Election Official.

In the case of ward elections, a voter must vote in the ward where they reside, even if they own property in more than one ward. If a property owner does not reside in the municipality, but owns property in more than one ward, the person must apply to the Senior Election Official to designate their voting ward. The voter must choose a ward before the voters list is closed to revisions, or the Senior Election Official will choose a ward on the voter’s behalf.

When do I vote?

*Identification may be required before being allowed to vote.

Do I need identification to vote?

Acceptable identification includes an official document issued by the federal, provincial or municipal government that contains the voter’s name, address and photograph or at least two documents that provide evidence satisfactory to the election official.

Information on the following will be updated and provided shortly:

You can now find out the location of your polling station by entering your address or roll number in the search bar of this new interactive map. It will also provide directions if you are unsure of where it is located. 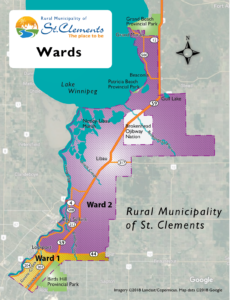